25.09.2019 - Il Castello Arte
#artfair#artefierabologna
Just like in 2017, also this year we had a great pleasure to participate in one of the most important art fair in Italy, Arte Fiera Bologna. From the 2nd to the 5th of February 2018, we were presenting numerous artworks of Hans Hartung and Georges Mathieu under the title "Spontaneity and Control".
Hans Hartung (1904 - 1989), a German-French painter and Georges Mathieu (1921 -2012), a French painter, were main leaders
of Abstract Expressionism. They were creating paintings very quickly and impulsively, and even though their styles were different, their approach to transform art was the same - to mix spontaneity and control, graphic and pictorial ideas, to base the painting on the value of the 'sign'.
"The artist has interpreted the canvas as if it were a battlefield", wrote in 2006 Vettese about Mathieu, but he could write the same sentence about Hartung as well.
Hans Hartung, 1973, C38, 75x105 cm
Georges Mathieu,1961, No title, 114x146 cm
condividi 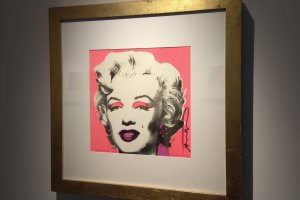 
From the 14th of September to the 19th of October 2019 we were delighted to present the collective exhibition "Lichtenstein + Warhol. Prints" with 13 screen printings and lithographies of the most important Pop Art artists, Roy Lichtenstein


In 2017 we had a real pleasure to participate in one of the most important art fair in Italy, Arte Fiera Bologna. From the 27th to the 30th of January 2017 we were exhibiting numerous artworks of great Italian - and not only Italina - modern art


On the occasion of the exhibition at Casina Roma art gallery, we presented numerous artworks of Paolo De Cuarto and Alfonso Bonavita, two Italian artists who we have been collaborating with for many years.   The artworks were 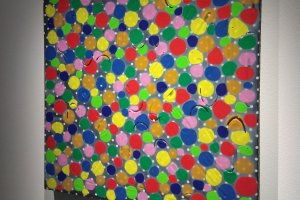 
From the 20th of February to the 4th of April 2019 we had a real pleasure to host a solo exhibition of a Japanese painter Shinya Sakurai.  "Even if Shinya Sakurai paintings seem to be simple and functional home decors, they are not as easy to re